A KPCC article published this morning reports that the most recent figures from the U.S. Census Bureau rank California at No. 1 in national poverty when living expenses are factored in.

Though the overall census report places California at 16th on the list (with a 14.5 percent poverty rate), a more complete evaluation of the cost-of-living in California places it at the top. The Census Bureau's "Supplemental Poverty Measure” complements the census report, considering the housing costs, taxes and healthcare that impact the overall economic health of individuals and families. Factoring in the supplementary data, California has a poverty rate of 20.4 percent, the highest rate in the U.S.

According to the California Budget and Policy Center, California poverty rates are due to high rent costs. Following the general rule that rent payments should not exceed 30 percent of one’s income, KPCC reports that full-time minimum wage workers should be paying approximately $546 in rent. Yet, a two-bedroom apartment in the most populated areas of California costs more than $1,500. 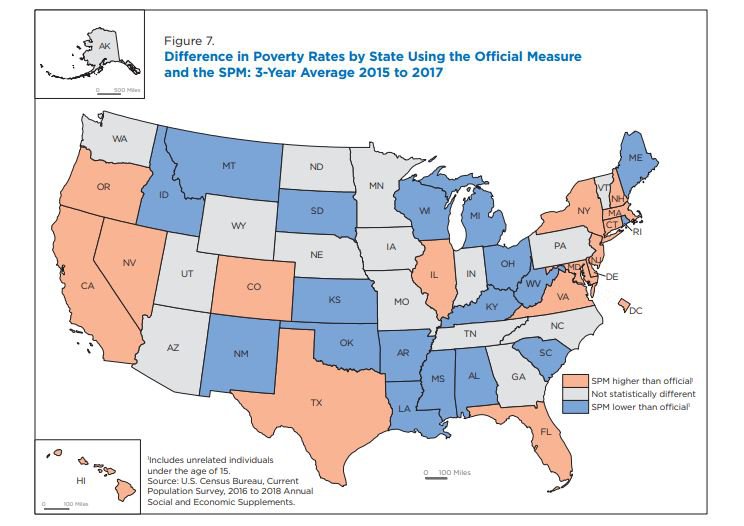 This morning’s report is consistent with the report put out by the United Ways of California this summer—Struggling to Stay Afloat: The Real Cost Measure in California 2018. In this report, it was revealed that 46 percent of all households in Los Angeles County spend more than 30 percent of their income on housing. And throughout California, one in three households (over 3.3 million families) struggle every month to meet basic needs.

Breaking the cycle of poverty in L.A. County is the core mission of United Way of Greater Los Angeles. In our work to end poverty in our community, we have recently:

Looking forward, the Census Bureau data and the "Supplemental Poverty Measure” will help us as we continue to address the realities and complexities of the issue of poverty in our community.