The following photos, capturing the 1968 East L.A. School Walkouts, come from the historical La Raza collection via the UCLA Chicano Studies Research Center. By permission of UCLA-CSRC, we have curated a collection of photos that capture the spirit, people, and events surrounded the walkouts. (c) All rights reserved by UCLA Chicano Studies Research Center.

To read the story of the walkouts, visit our article Part 1: The Walkouts. 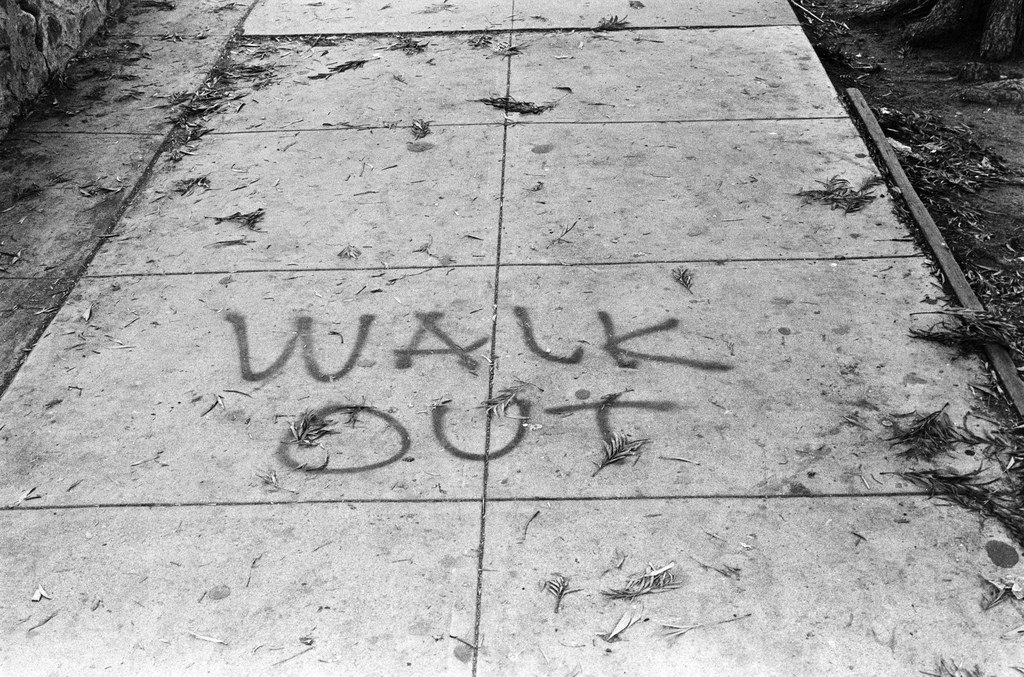 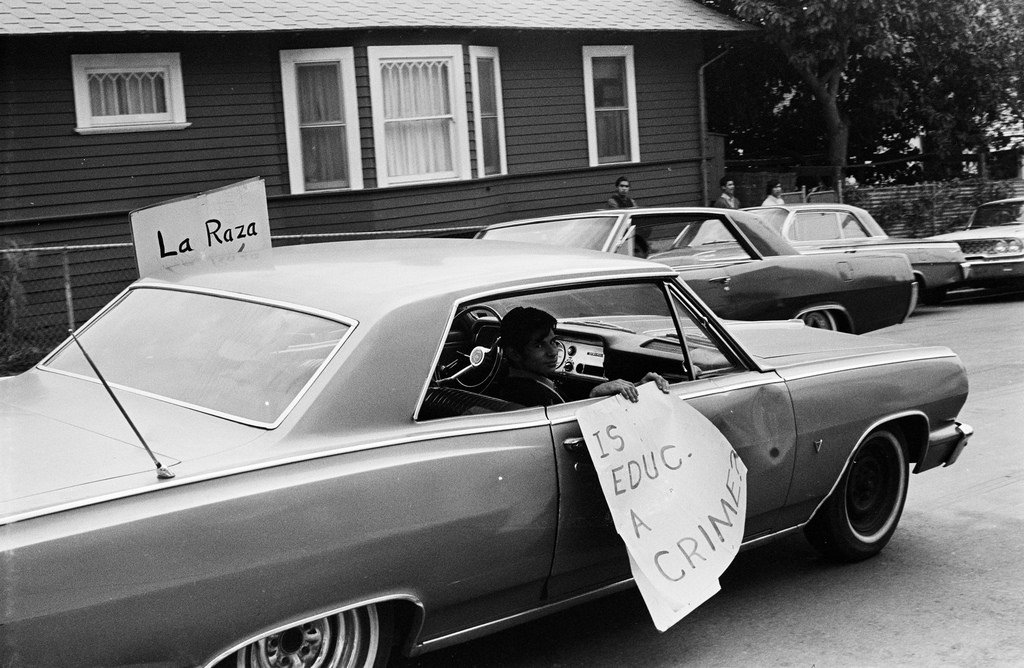 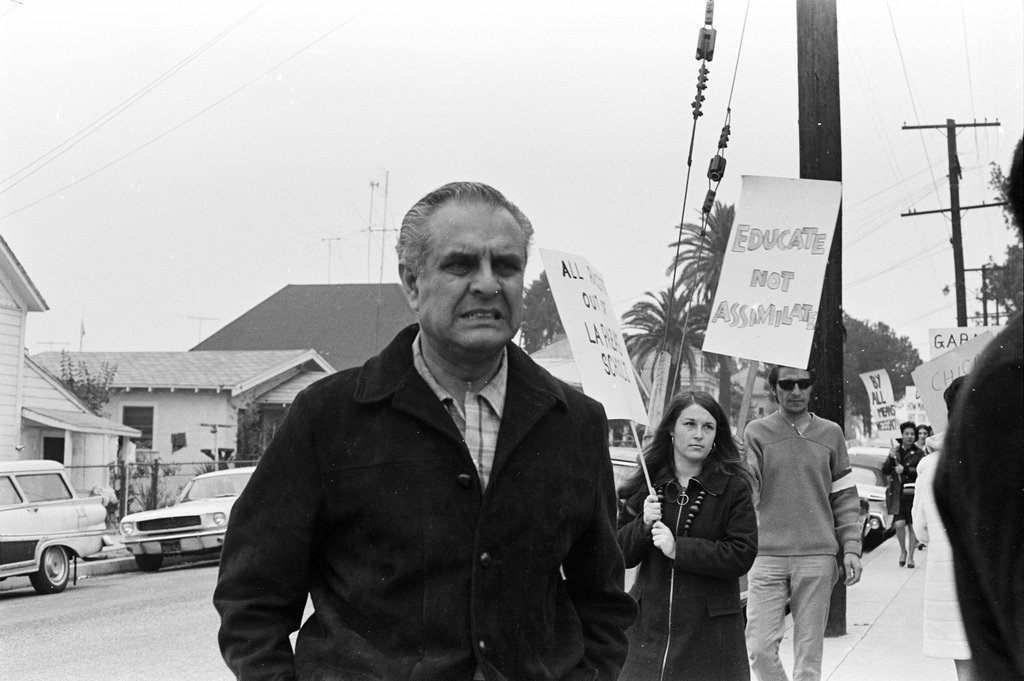 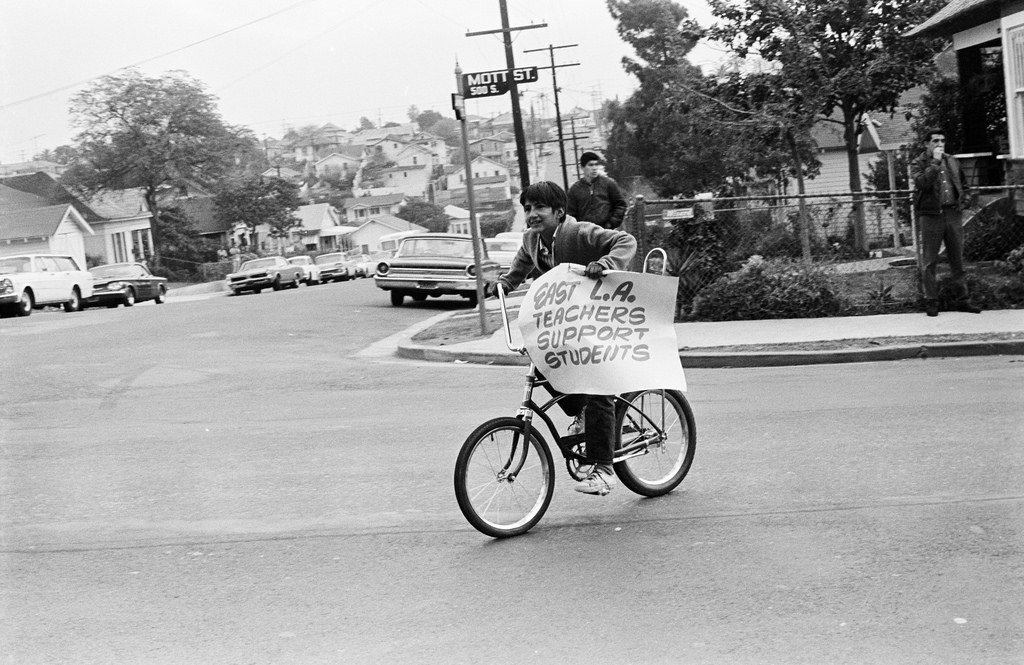 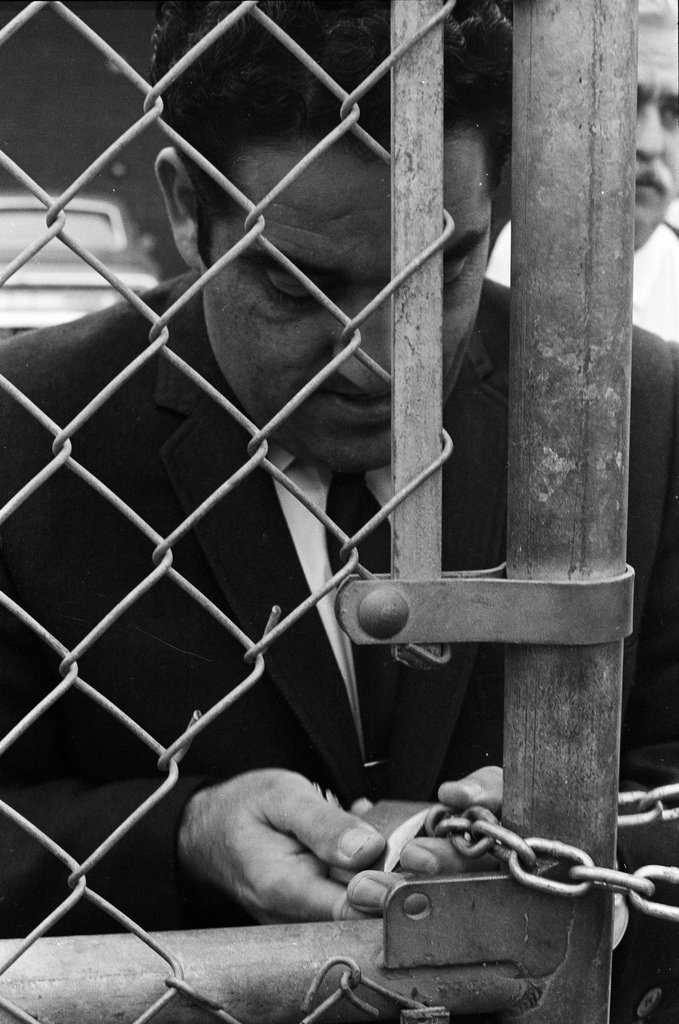 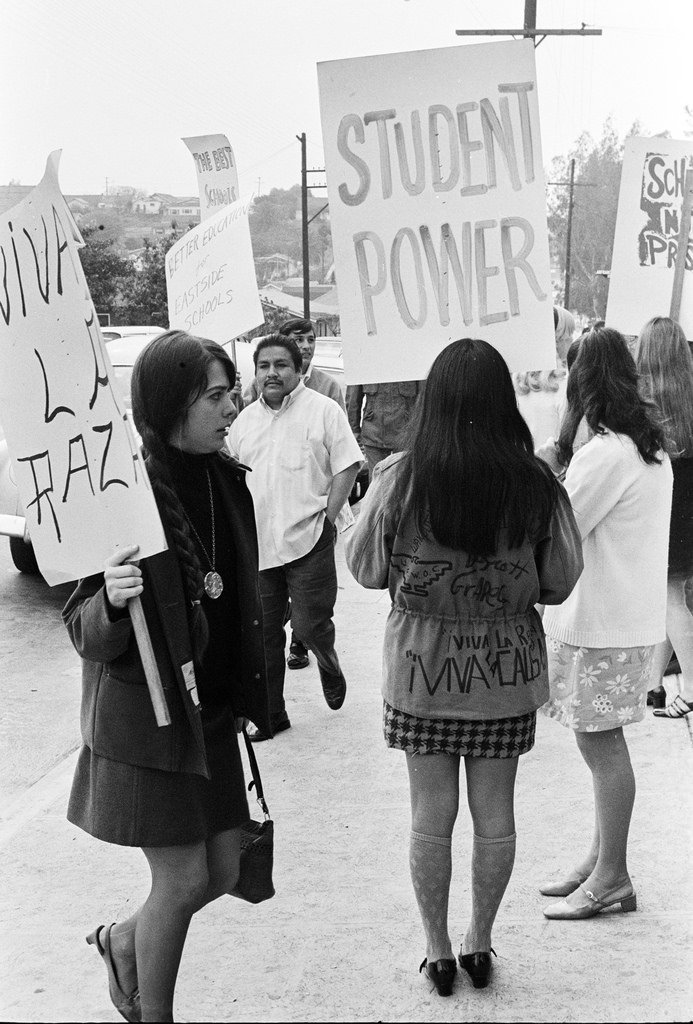 Conchita Mares Thornton on the left and "Little John" in the white shirt demonstrating at Roosevelt High School. Conchita was on the Chicano Student Newspaper staff and was also a member of a teatro group. 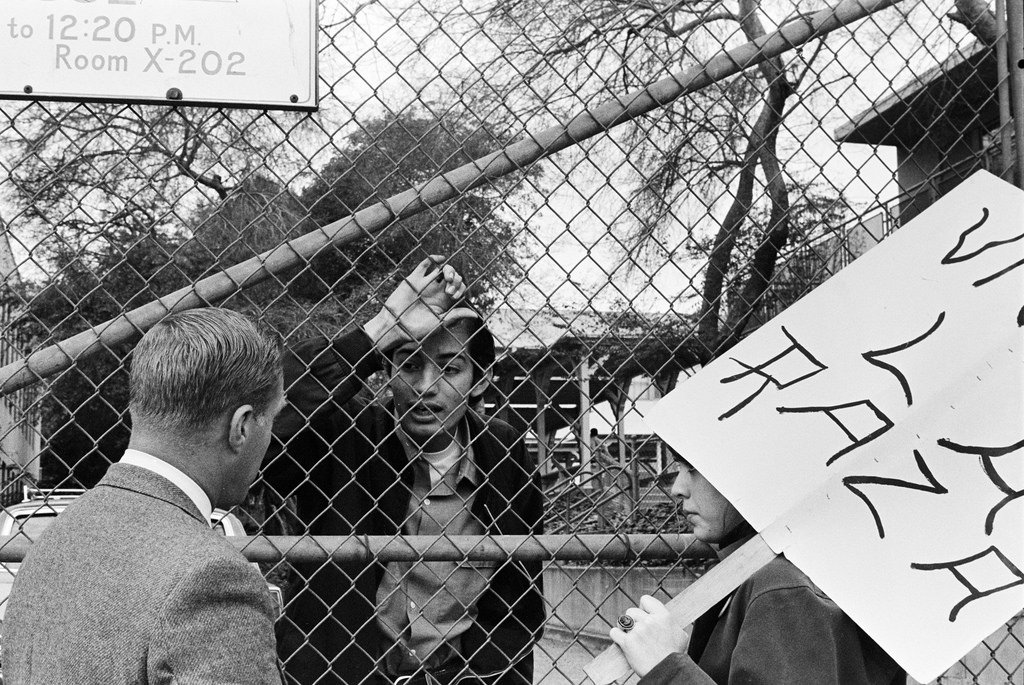 Some administrators and teachers at Roosevelt High School walked the outside fence speaking to students not to jump the fence and join the walkouts. 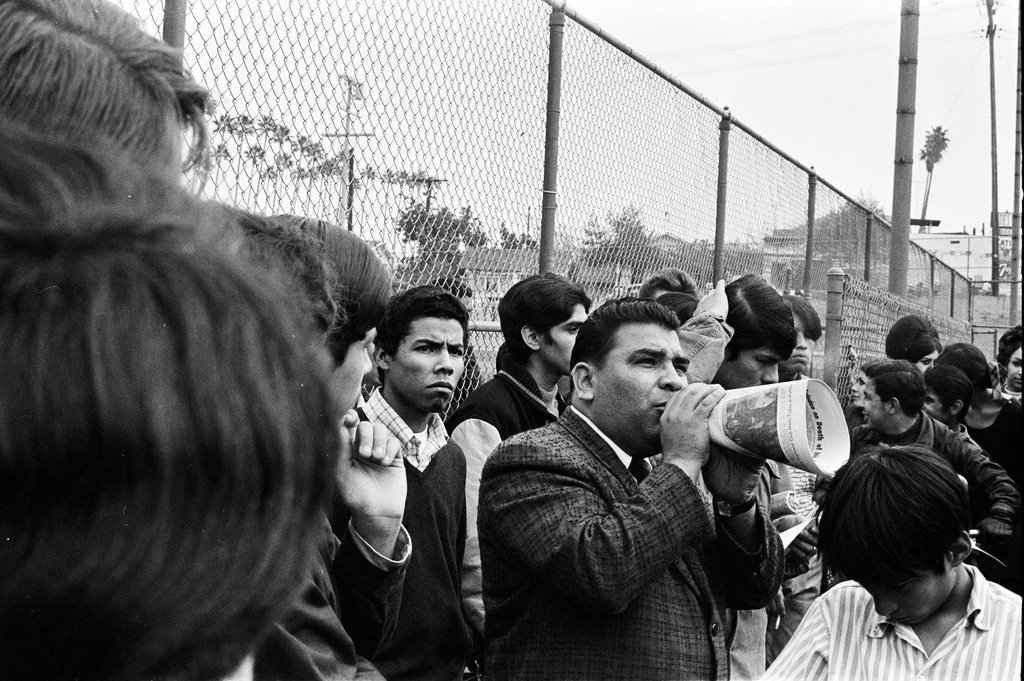 Baptist Minister Quinonez speaking to Roosevelt High students and demonstrators. He, along with Rev. Vahoc Maderoshian, were with the Educational Issues Committee. 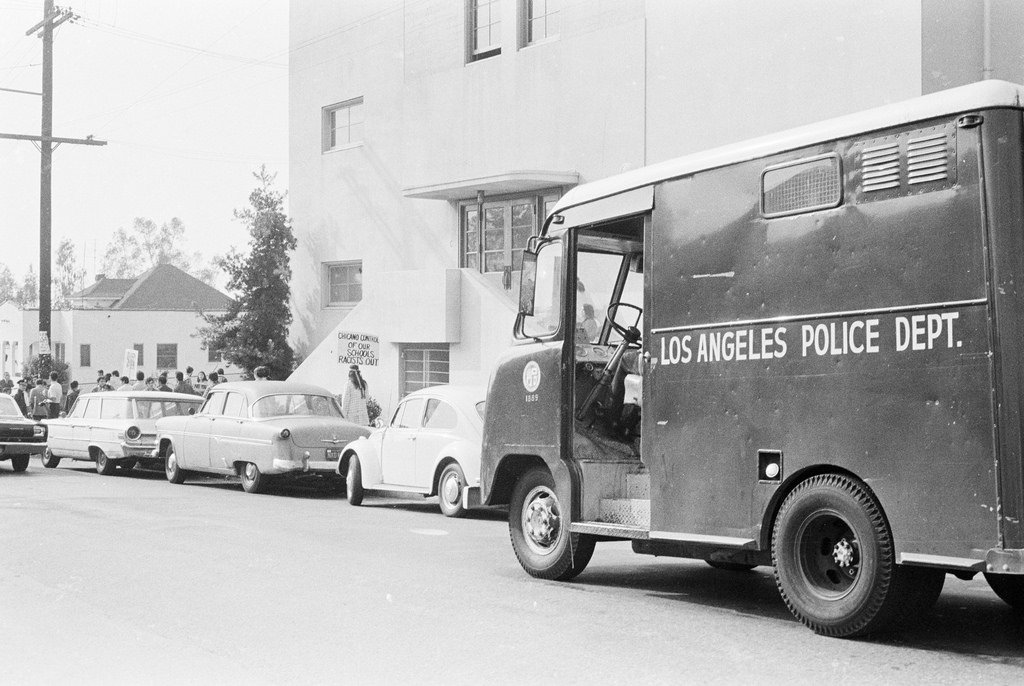 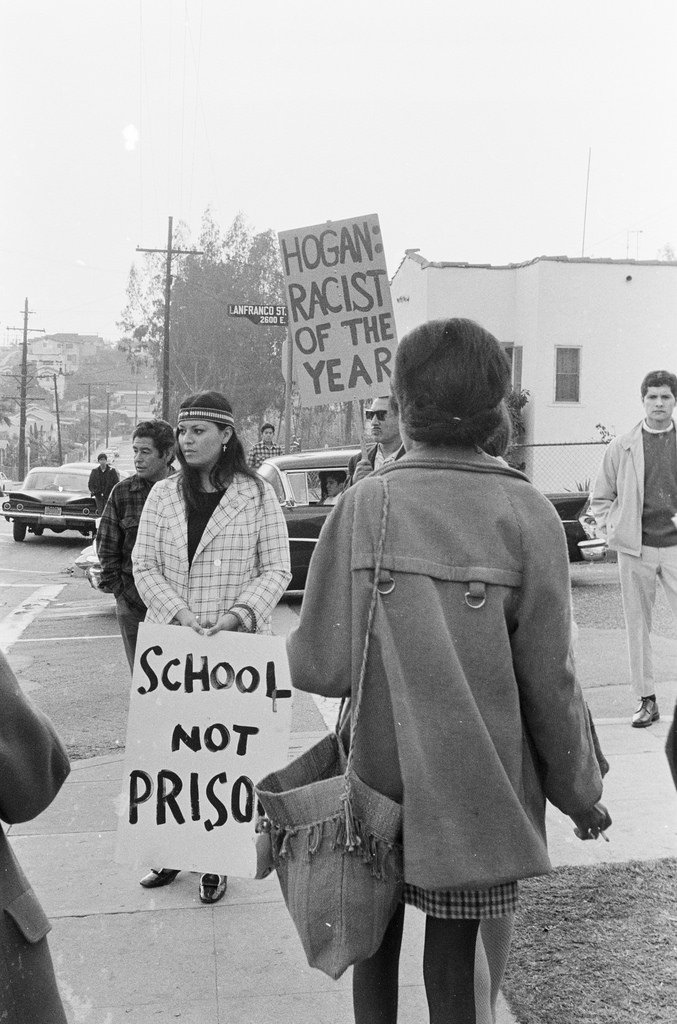 Hogan (referenced in one of the signs in this photo) was the Roosevelt High School Principal. 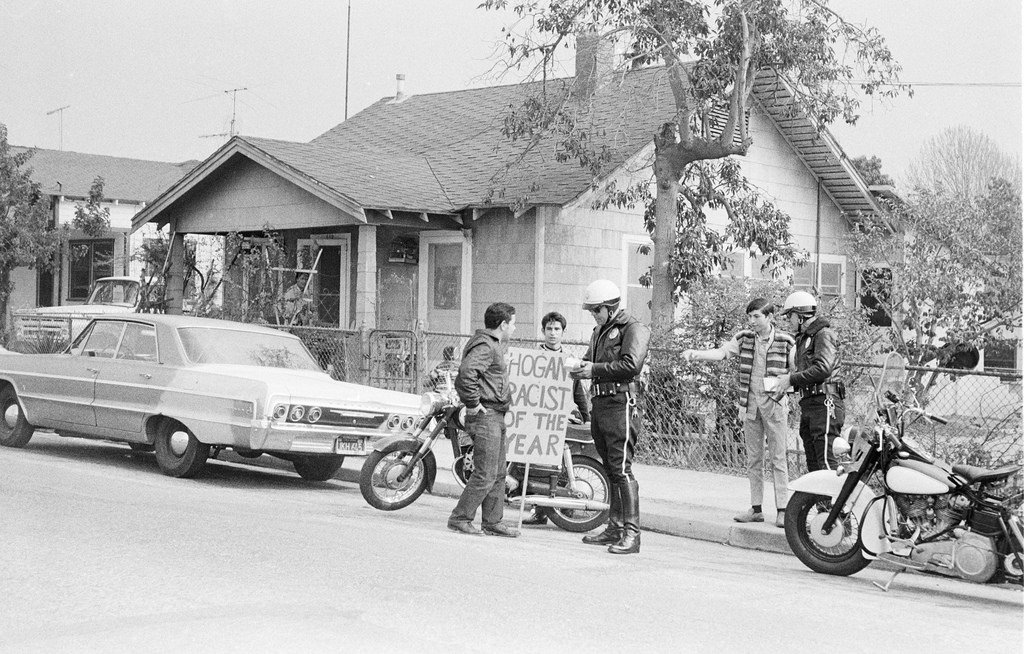 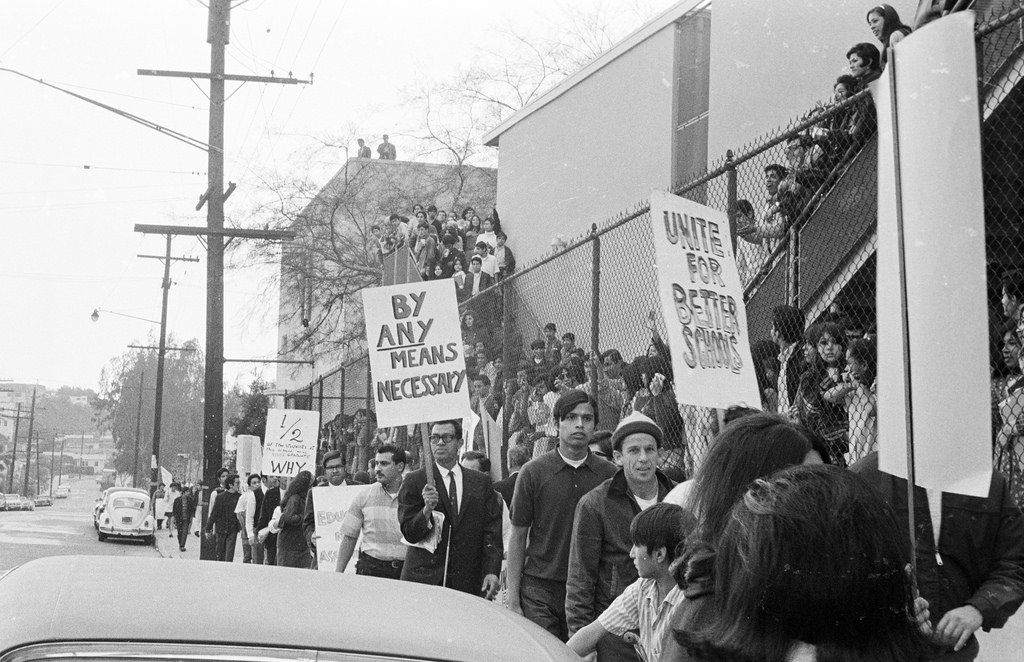 The sign with a 1/2 refers to the fact that five schools with a high enrollment of Chicano Students had a 50% dropout rate. The schools were Wilson, Garfield, Lincoln, Roosevelt, and Belmont High Schools. 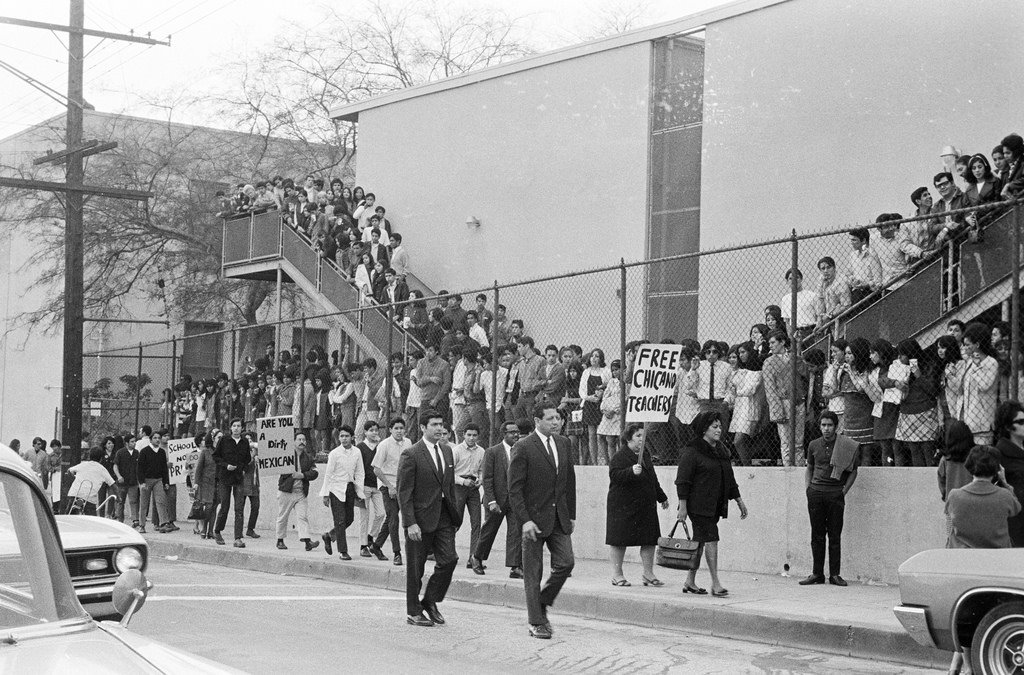 The Roosevelt High School fence separates students from parents and community. But both are united in their aim of having better schools with a relevant curriculum and more Chicano teachers and administrators. 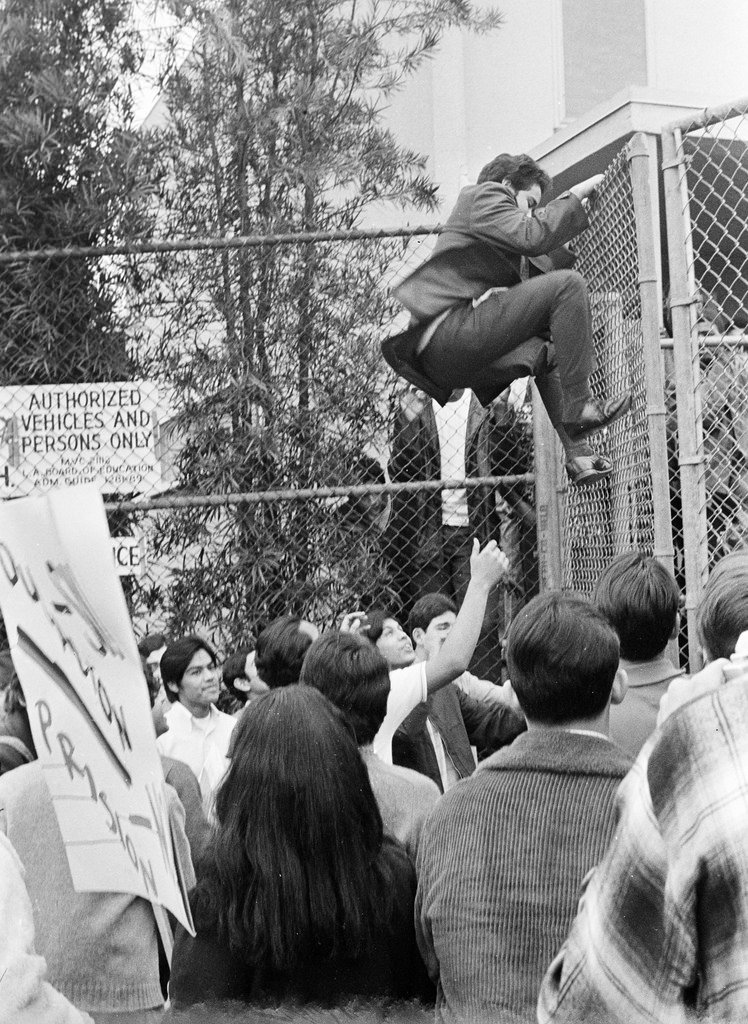 A Roosevelt High School student walking out by climbing over the fence. 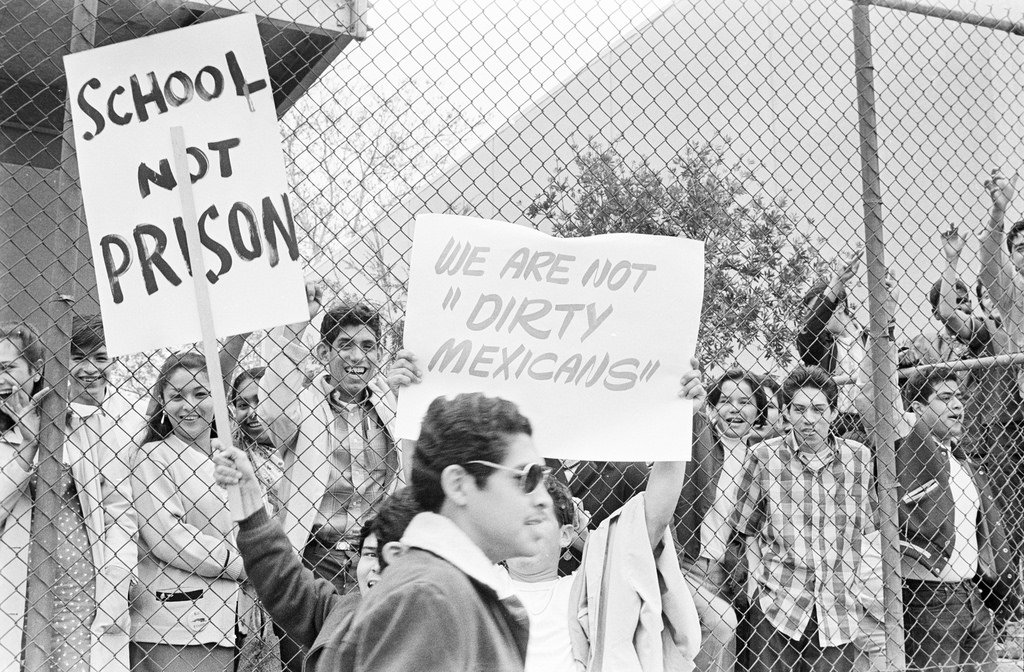 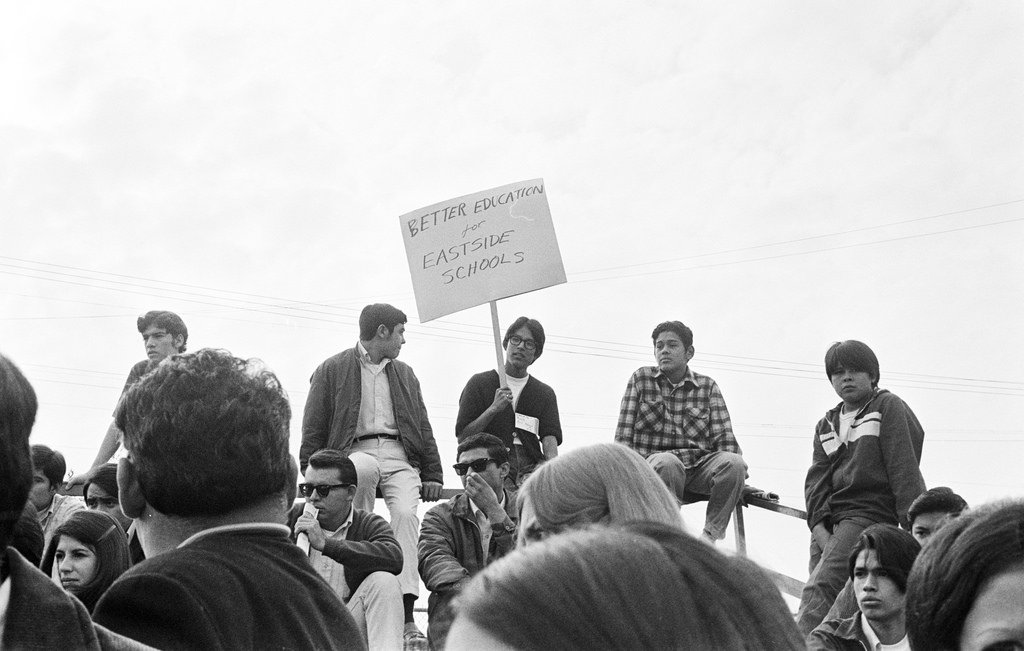 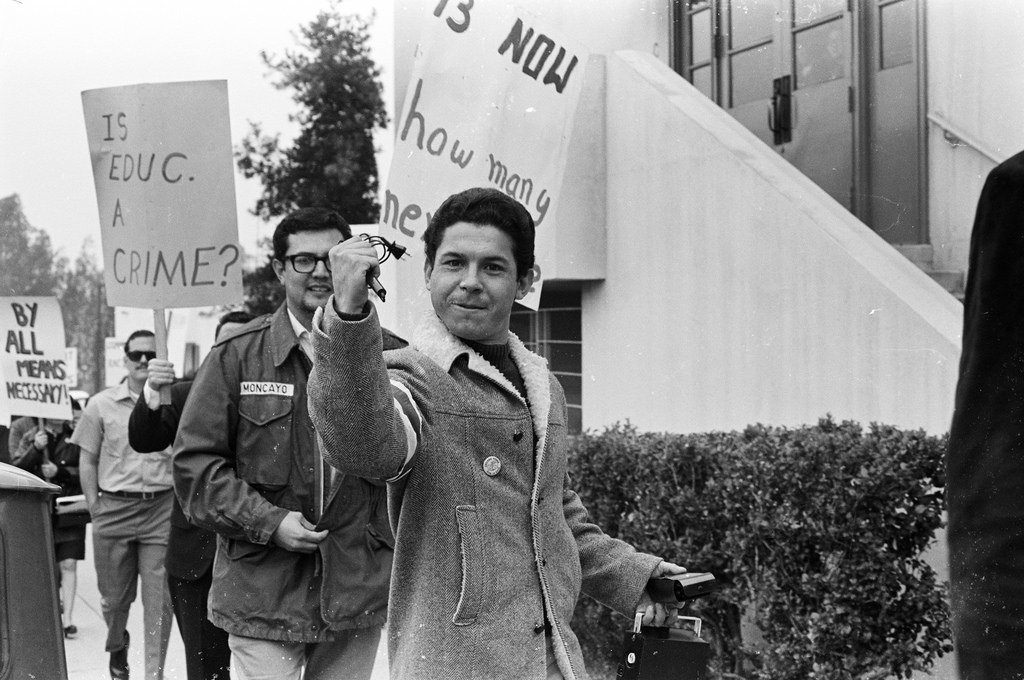 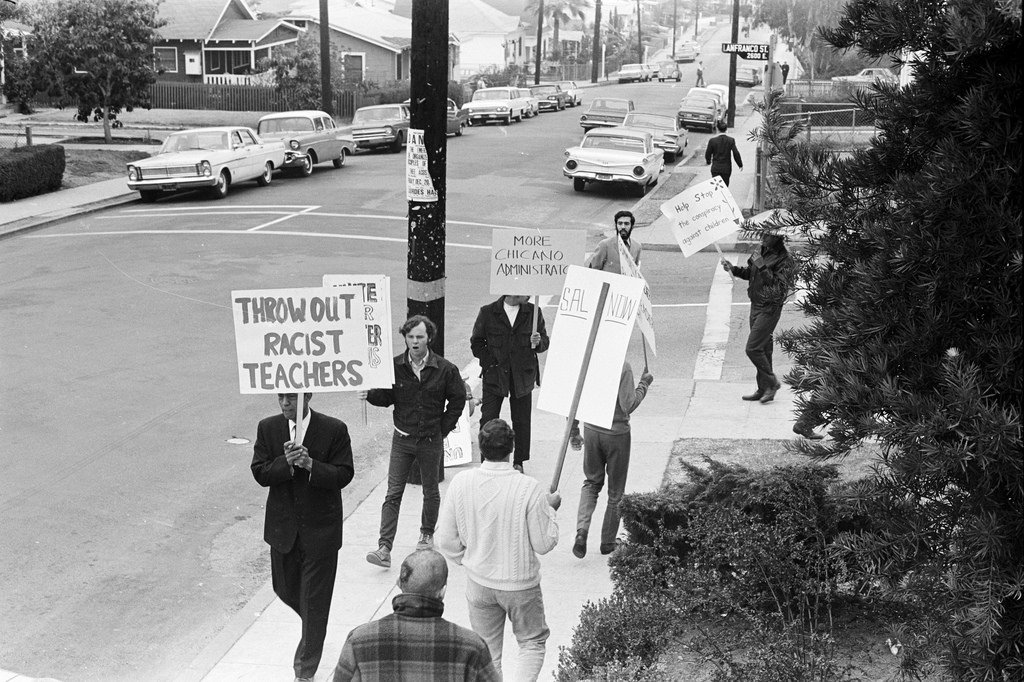 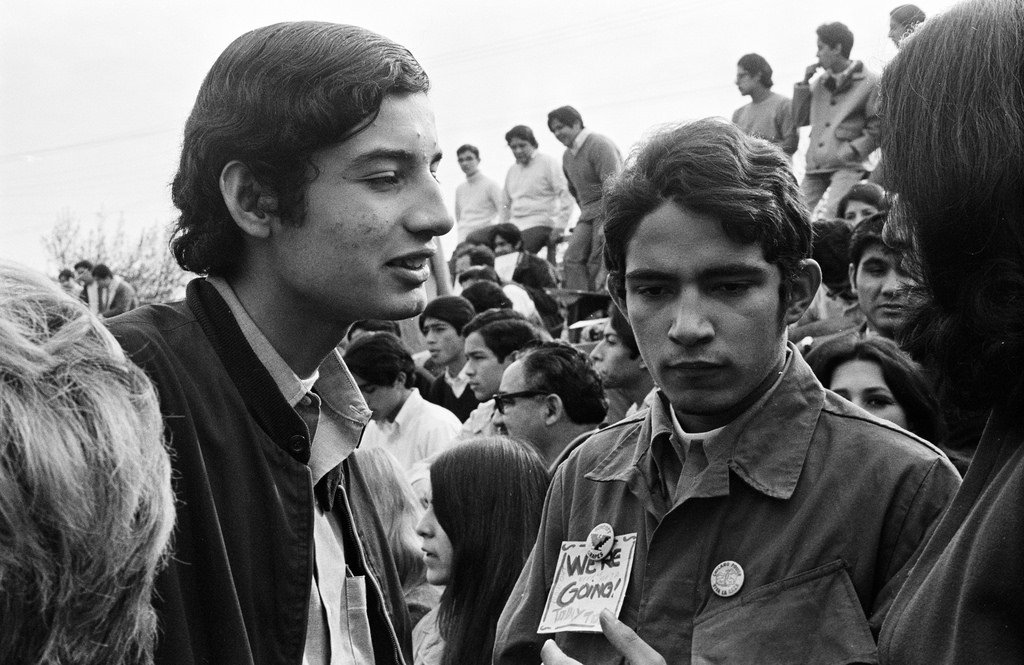 Roosevelt High School student leaders. The sign on his shirt reads "We're Going Today". In other words, they are going to walkout out of school today and join the protest. 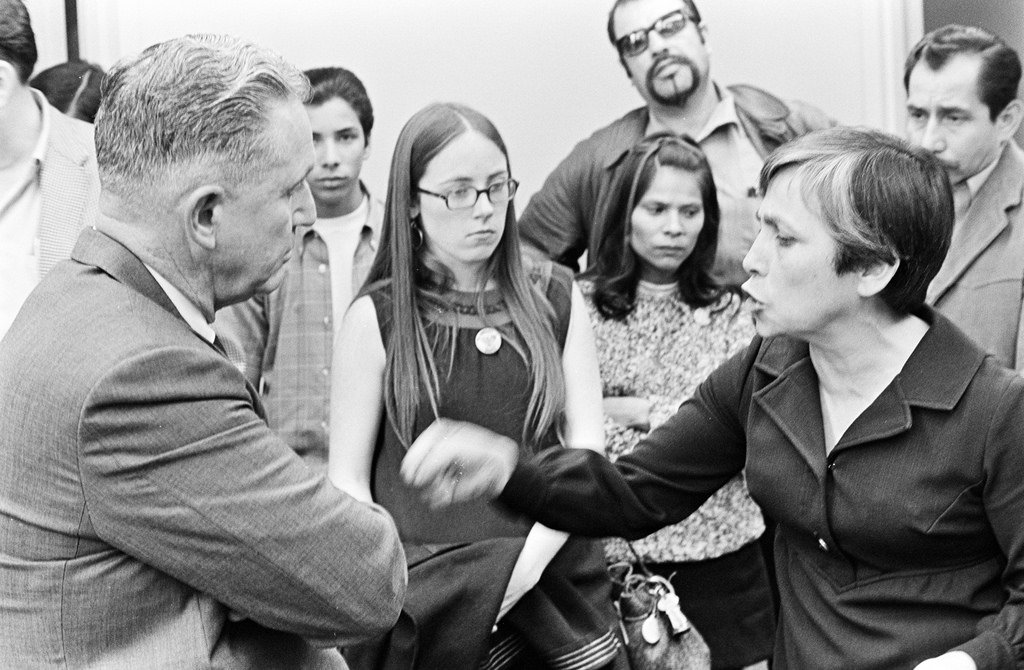 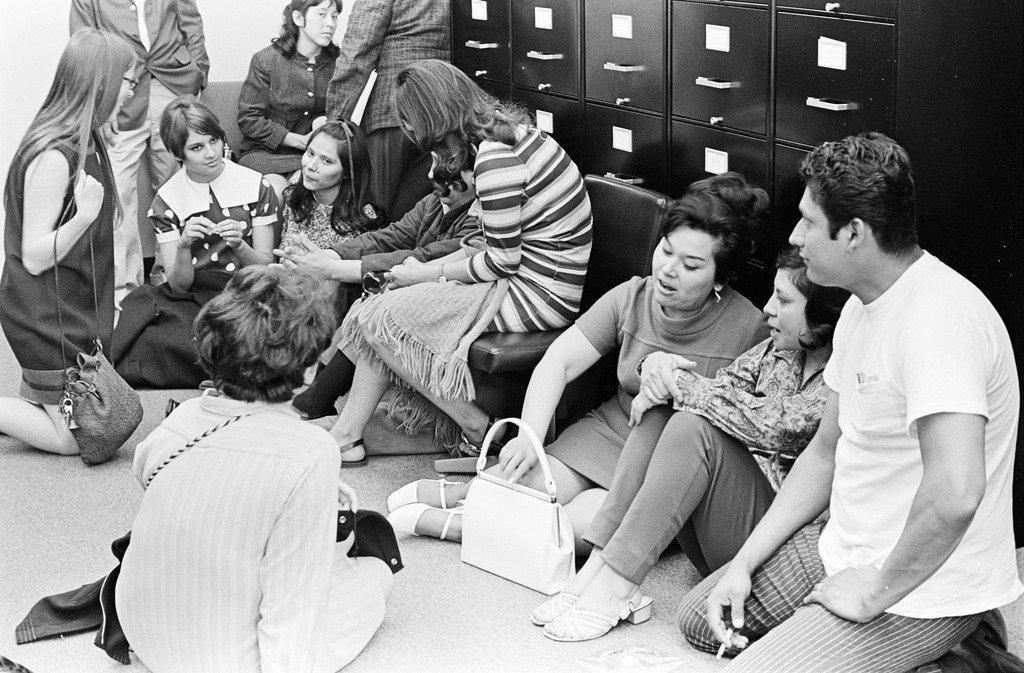 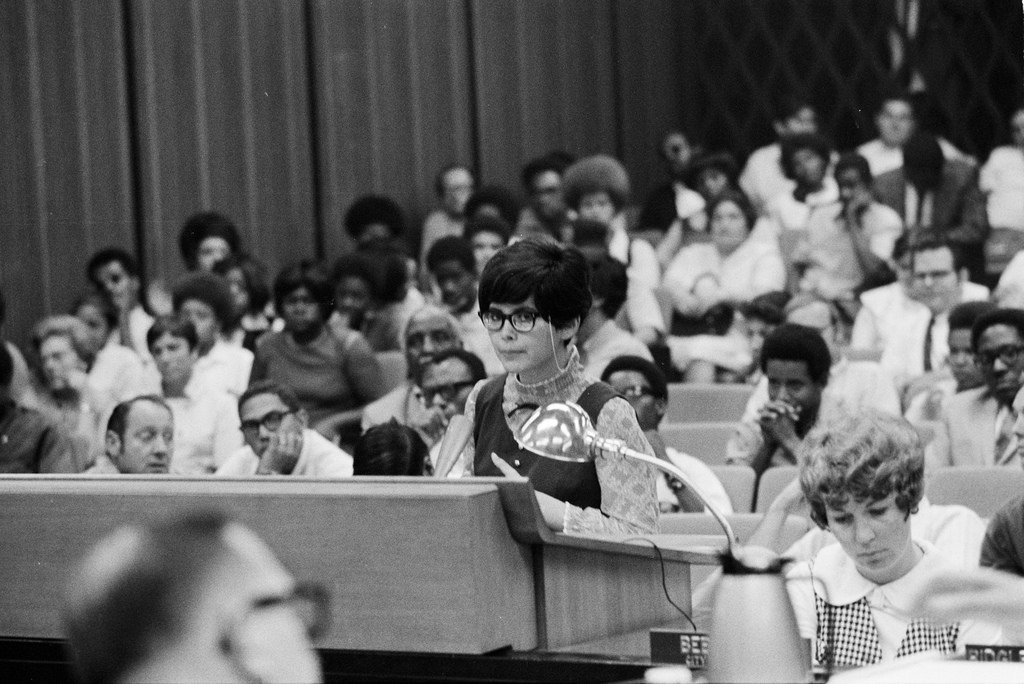 Alicia Sandoval, Lincoln High School Teacher, addressing the Board of Education. Alicia was a close associate of Sal Castro and was an early supporter of Chicano students and their reform goals. 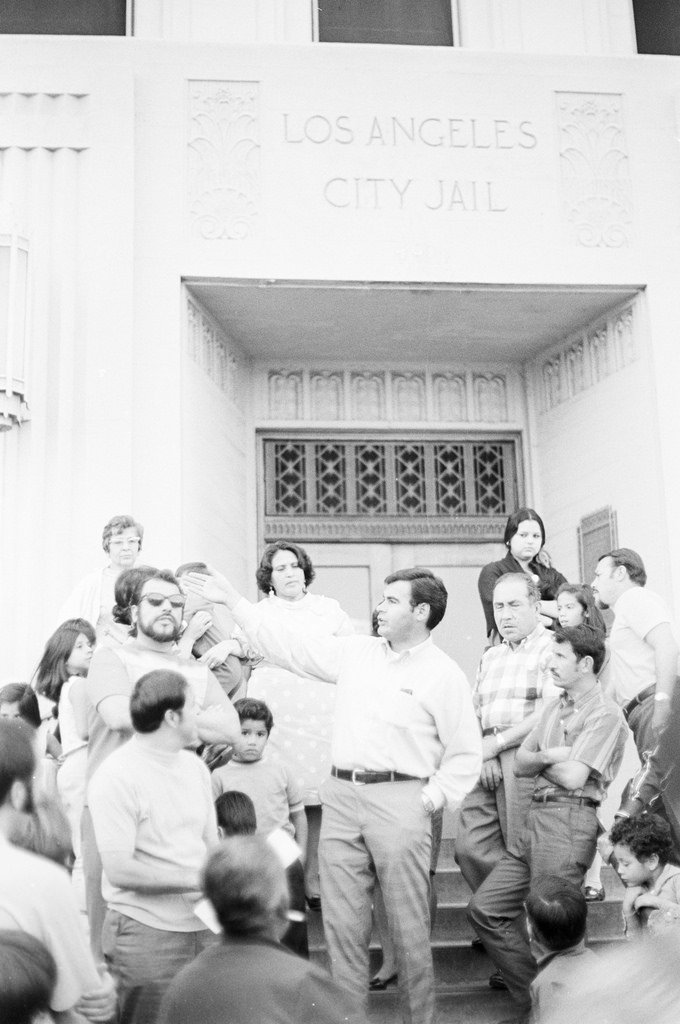 From left to right, Ed Bonnilla, Sal Castro, Esteban Torres, and other families waiting for Chicano activists to be released for the Los Angeles City Jail.

To read the story of the walkouts, visit our article Part 1: The Walkouts.