Over 75 guests, including United Way's affinity group members, enjoyed a sunny afternoon at the interactive, high-tech L.A. Stadium Premiere Center in Playa Vista. The afternoon included an exclusive tour of the facility, featuring a virtual video tunnel giving guests a preview of the stadium, networking, and a compelling program. The program featured Los Angeles Rams COO and EVP of Football Operations, Kevin Demoff, United Way of Greater Los Angeles President & CEO, Elise Buik and United Way of Greater Los Angeles Education Program Coordinator, Katherine Trejo. Trejo shared her captivating story of her journey and struggles through the LAUSD public school system and her triumph through the support of key teachers, mentors and organizations such as United Way. 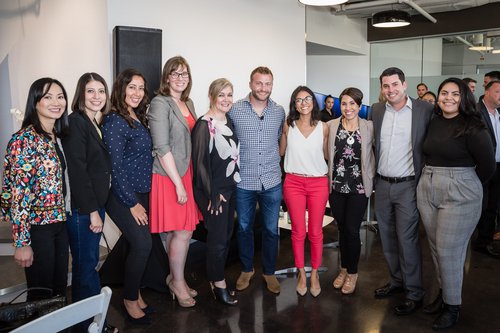 Coach McVay and Siciliano engaged the audience with an intimate look into the life of Coach McVay- how he became the Head Coach for the Rams, his grandfather's football legacy, and the importance of leadership, innovation and achieving competitive greatness. Also discussed was how the Rams and players continue to give back to the community -- tackling important issues including poverty, homelessness, children's health, underserved youth, and support in emergencies such as the SoCal Wildfire Fund. 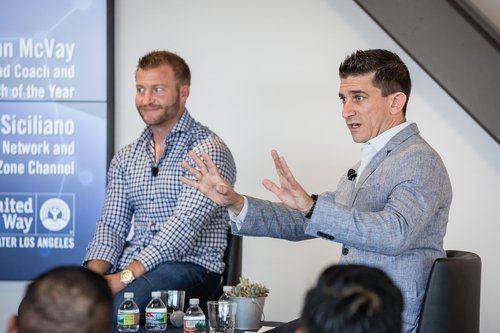