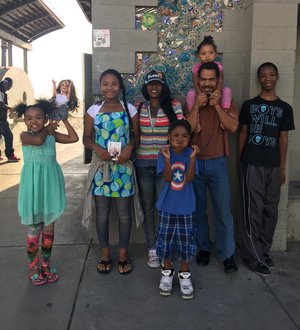 When Stacey Longer and her husband Ronald had their fifth child, they never expected that their son would be diagnosed with severe autism. But as a certified and experienced nurse, Stacey believed that with the right resources and serious determination, she could help him. She just knew it couldn’t happen where they were currently living in Phoenix, Arizona.

“The doctor had told me he’d never talk again and that these kinds of kids need to be in special programs. I cried and made a decision to quit the job I was at for almost 8 years,” Stacey said. “My child needed me. My child is going to need social skills and all these things to maneuver through life and if I’m not home to teach him, who is going to do it? I was forced to make a sacrifice and obviously I choose my child.”

So she threw herself head first into research and discovered that unlike Phoenix, California had a wide range of innovative programs that would allow her to find the best fit with the best outcome for her non-verbal son. After more than a year of research, they decided to take advantage of these opportunities and move their family to Los Angeles.

Like many families planning to move, they searched Craigslist and found a new, reasonably-priced rental home in L.A. that would fit their seven-person family. They counted their blessings that the homeowner was communicative and open-hearted. They talked to him about their family; he told them about his life. They found a mutual connection in their belief in God. They never once thought it was a scam. Not during their many email conversations, not when the “landlord” mailed an official lease, and not even when he sent their new keys by way of FedEx.

It wasn’t until they packed up their six-bedroom house in Phoenix, drove 373 miles, and tried to open the front door of their new home that they thought something might not be right. When the real tenants opened the front door demanding to know what was happening, the Longers were understandably shocked and a little indignant.

But something didn’t sit right with Stacey. She could see that this home was lived in. It was organized and decorated. It was clearly loved. These weren’t squatters, they were tenants.

The police were called and they brought out the real homeowner to confirm that the people in the home were the legal renters.

That’s when she learned that her family had become victims of a rental scam.

After learning that the family had spent their entire savings to make this move, LAPD officers instructed Stacey to call United Way’s 2-1-1 to apply for public assistance. It was there that they were connected to the first housing organization that would try to help them. That organization promised to provide the down payment and cover a few months of rent until they could get back on their feet.

So the Longer family dutifully searched for apartments and rental homes, filled out leases, and turned them in to the organization. And for six long months nothing happened. Their whole family was forced to live out of their truck, and eventually started paying for cheap hotels, but that didn’t mean Stacey could stop being a mom.

“I was homeschooling while we were homeless. I couldn’t stop what we were used to doing because it was so important to keep the sanity,” she explained. “They didn’t know we were homeless until the tenth month in. We made it an adventure but deep down my husband and I knew we were homeless. We had nowhere to go.”

Then Stacey met a potential landlord who was sympathetic to her family’s terrible situation. He gave her a lease form and promised to knock down a wall between two apartments, effectively combining them so that it’d be big enough for her family. Thinking she’d found her family’s savior, Stacey filled out the lease, brought it to the housing organization, and nothing happened. A few days later, the landlord called and told her that this organization deemed her family unfit for the space. They were going to place another family in there.

Stacey was furious and devastated. For over half a year, her family had been doing their part to find housing. This organization had promised to help them and she now felt that they’d been taking her lease applications and placing other families in the homes instead. 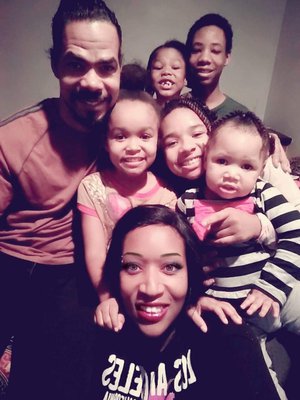 She was ready to give up. But then someone — someone Stacey describes as her angel — told her about Valley Oasis, a United Way of Greater Los Angeles-funded community-based homeless organization in Lancaster. Within five hours of talking to a caseworker, the Longer family was placed into a hotel and within 60 days, they were in their new home. Their nightmare was over.

“They gave me a second chance at life. ‘Thank you’ is just not even enough. We were traumatized but they took all my stress and worry and for once I could just worry about being a mom and taking care of my kids. For me, that day changed my life.” Now that they’ve been living in their home for several months, Stacey is able to fully focus on supporting her kids the way they need. Thanks to California’s Department of Social Services In-Home Support Services, she’s able to stay home and home school her now 8-year-old son, who isn’t just talking — he’s speaking five languages.