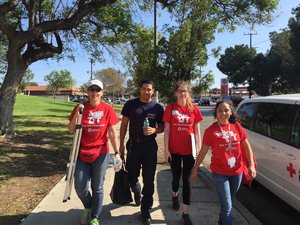 At United Way of Greater Los Angeles, we love sharing the stories of people who go above and beyond.

As Director of Community Relations for Farmers Insurance, giving back is built into Doris Dunn’s 9-to-5 -- allowing her the opportunity to fulfill her passions professionally and personally. We asked her to share what motivates her and her colleagues -- and we found ourselves motivated as well!

When did volunteering and giving back become such a big part of your life?

I have always had a desire to give back to the communities where I’ve lived. I think it came from my mom who cared for others much more than she cared for herself. I was also influenced by the values I was raised on and the golden rule of treating others how you’d want to be treated.

Do you find your colleagues have the same desire to volunteer that you do? Or do you have an arsenal of tricks up your sleeves for motivating people?

Engaging employees to volunteer is one of the easier parts of my job. Our employees love to give back. When we post volunteer opportunities, they usually fill up quickly.

We also try to establish a calendar of events at the beginning of the year. Employees know that we encourage volunteerism during our anniversary week, which has been dubbed “Farmers Cares Week.” We also have campaigns throughout the year, including school supplies, food and toy drives, and of course, our annual United Way campaign in the fall.

(Interested in working with United Way to engage your teams in giving back to their communities? Contact us now!)

Any notable successes along the way?

Oh yes. For instance, we sent teams of employees to Joplin, Missouri, and later to the New Jersey shore to partner with SBP (formerly St. Bernard Project) and rebuild homes following disasters. Employees came back sharing that those weeks were among the best of their career with Farmers.

Another huge success was the launch of our Farmers Family Fund, where we offer grants to employees who have fallen on hard financial times. At our one year anniversary, we hosted a “Double the Donors” campaign and succeeded in getting more than 5,000 employees to donate to the fund through payroll deductions.

Any challenges you’ve faced along the way to get there?

The primary challenge occurs when we don’t do a good job of telling the story. The more an employee can empathize with a situation or person highlighted in the story, the more success we have at improving engagement.

Farmers has a strong culture of giving back. What kind of things are you doing to keep it fresh and keep people motivated?

We recently launched a new platform where employees can log their volunteer hours on-line, and we reward them with a “giving account” that they can use to make donations to their favorite charities. Employees can earn up to $500 in charity dollars each year. Our goal is to have 30% of our employees actively logging their hours.

You started as a Farmers agent 30 years ago and worked across various departments at the company. Was there a specific moment in your career that sparked your interest in being more involved with the community?

After I moved to California and to our corporate office, I learned about the work Farmers did in the community. I immediately wanted to be a part of it. I started as a volunteer and encouraged others to participate in walks and other activities. When the opportunity for the job opened up in 2007, I knew I had to apply.

You became one of the first members of United Way’s Women United not long after. Why do you think it’s important for women to come together through philanthropy?

Research indicates women are 70% more likely to make financial decisions for the family – including which charities to support. Women are a powerful force in philanthropy, and groups like Women United offer incredible opportunities for networking and learning that may not always be available in our work environment.

I encourage all women to get involved in some type of philanthropic leadership role, whether it’s on a committee or getting elected on a non-profit board, as these roles can only help your career in a positive way.

(Interested in your own professional development and networking opportunities? Learn more about Women United now!) 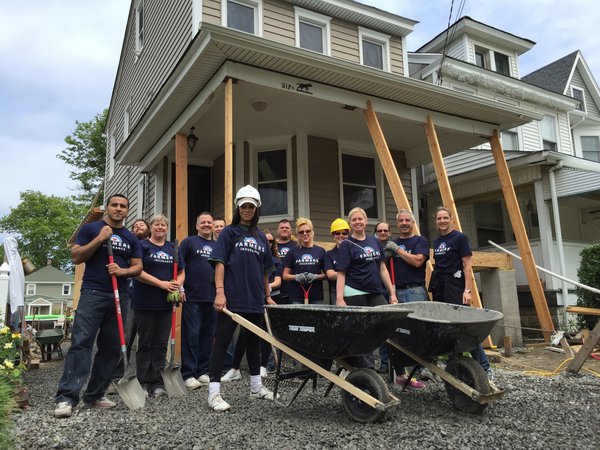 Speaking of philanthropy and careers, what has been YOUR biggest personal accomplishment in your career so far at Farmers?

In early 2013, our CEO decided to focus on one small community to see what was possible. I was incredibly proud to help lead our efforts in Joplin, Missouri, where we first worked with SBP and helped rebuild many homes that were destroyed by the 2011 EF5 tornado.

Farmers was first on the scene following the tornado, and we were one of the few that came back to rebuild the community. Over the course of 18 months, we sent nearly 400 employees who donated close to 20,000 hours in Joplin.

In the end, we helped the charity close its doors because we had finished the job.

Turning to the Los Angeles area where you, Farmers, and United Way call home, what do you most enjoy in working locally with United Way?

My passion began with a bus tour of downtown Los Angeles that included a visit to a local middle school. I read essays that were handwritten by these kids that felt lost. I knew I wanted to support efforts in improving education for these students, because we had to prepare them for the future.

Is there anything you’d like to see United Way do better in the community?

I would like to see United Way take on a greater role in developing volunteer opportunities in L.A. County. It is through those opportunities that employees will understand and experience firsthand the positive impact that United Way makes on the communities it serves.

(Get involved! Click now to learn about current volunteer opportunities with United Way.)