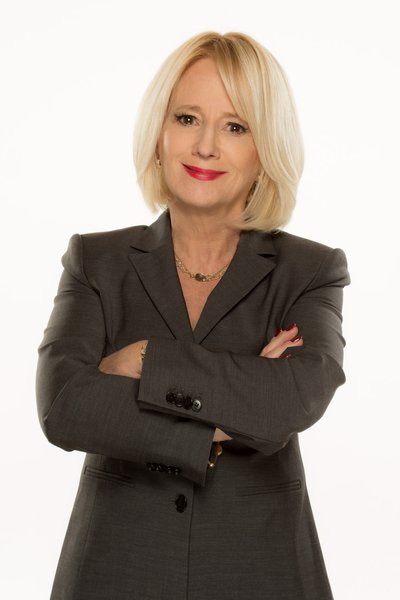 Renee Fraser is a Los Angeles-based business, philanthropy, and community leader who influences those around her through both her actions and words.

She’s also Founder and CEO of Fraser Communications where she has worked since 1998 to prove that “communication can improve the world.” She is also co-host of the Unfinished Business radio show on KFWB where she interviews top executives nationwide on leadership skills, marketing, and the psychology of leading.

And, closest to our hearts, Renee is a former board member and founding member of United Way of Greater Los Angeles’ Women United affinity group. For 20 years, Renee has given her experience, knowledge, passion, and leadership to help United Way achieve its goals countywide.

All of this and more has helped earn Renee a spot on Los Angeles Magazine’s 50 Most Influential Women list. We asked Renee to sit down with us and tell us more about what makes her tick.

You’ve had a rich history with United Way of Greater Los Angeles. What made you first get involved?

I joined because I understand that the issues we face in Los Angeles are vast and complex.

Although I like to give to individual organizations — I support Girls, Inc., the Downtown Women's Center, and Boys and Girls Clubs — I support United Way because I know that they are working at a system and policy level to make change happen that can be sustained.

I believe very passionately in trying to make a difference, not just with volunteer hours, but with ideas, thoughts, and engagement. I've been to Washington, D.C. and Sacramento for United Way, discussing everything from homelessness to Veteran’s issues. I think it's important to make your voice heard.

What was your involvement in D.C.?

I stepped into the role of Co-Chair of the Business Leaders Task Force to help end homelessness a few years back. That was very meaningful work because we met with supervisors at the county level. We met with people at the Veteran’s Association in Washington, D.C. We saw the difficulty of the issues we're facing in terms of fighting homelessness, but we were also able to bring people together. In the case of the veterans, we were able to shorten the time by which a veteran can get a Veterans Affairs Supportive Housing (HUD-VASH) voucher for housing and that was a nice accomplishment.

Is there a particularly unique impact you bring through your business leadership role?

I feel that when I'm involved with the United Way as a business leader, I open doors for the organization and then voice an opinion that might be heard more loudly when it comes from a business person, voter, or donor, to candidates. You leverage your acumen as a business leader and your access as a business leader for good, as opposed to just for helping your business grow. I saw that very deliberately happen with Home For Good, so I was delighted to be a part of that.

One of the ways you impact all of us, every day, is through the powerful photography of homeless men, women and children that adorns our walls. Your company helped United Way build a relationship with the photographer, Lynne Blodgett, correct?

We introduced him to United Way and got access to the photos for United Way on a pro bono basis. Things like that are important because those were beautiful faces. You wanted to know those people. You felt compassion for them and sometimes imagery is the way to convince people to open their hearts and open their minds. 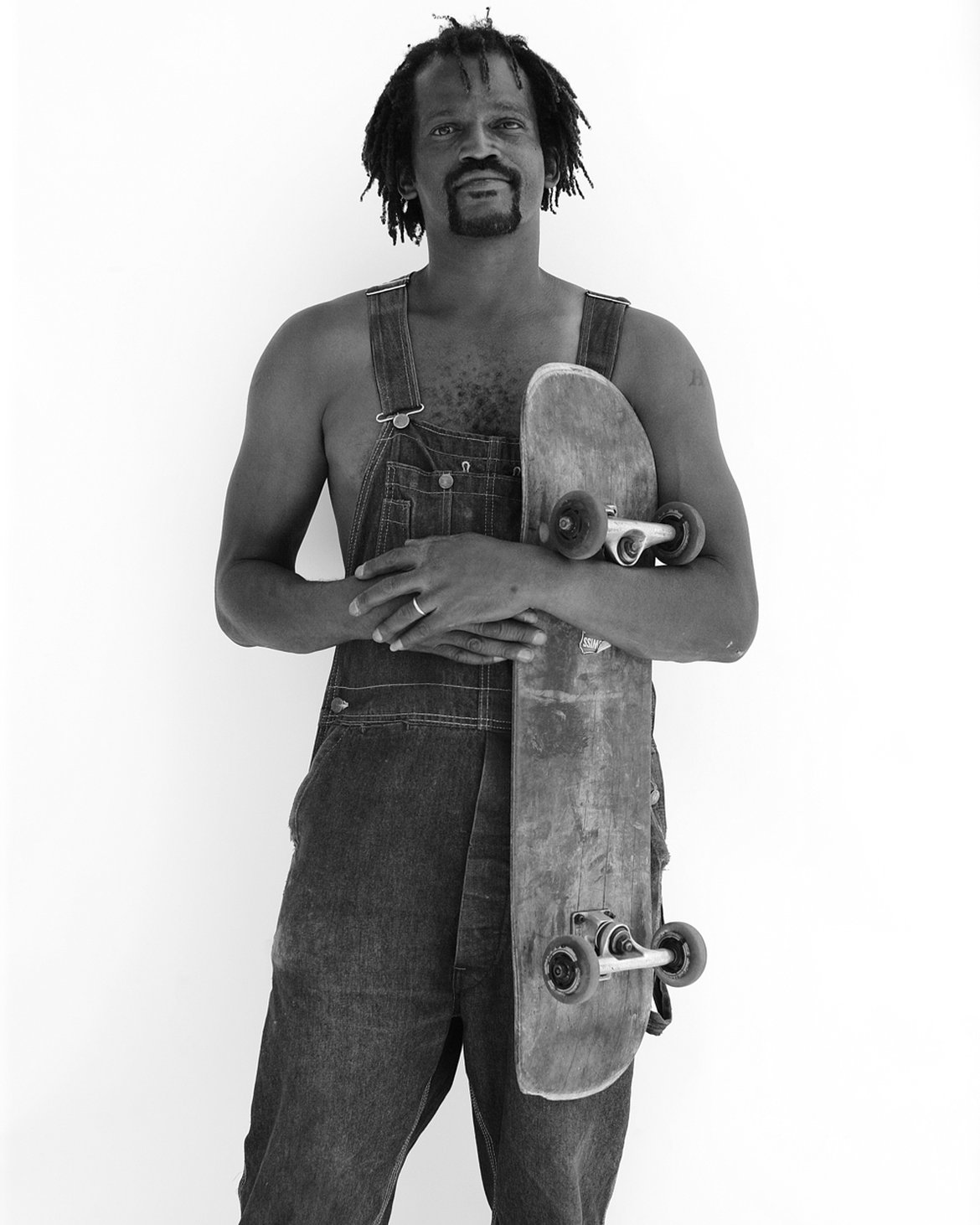 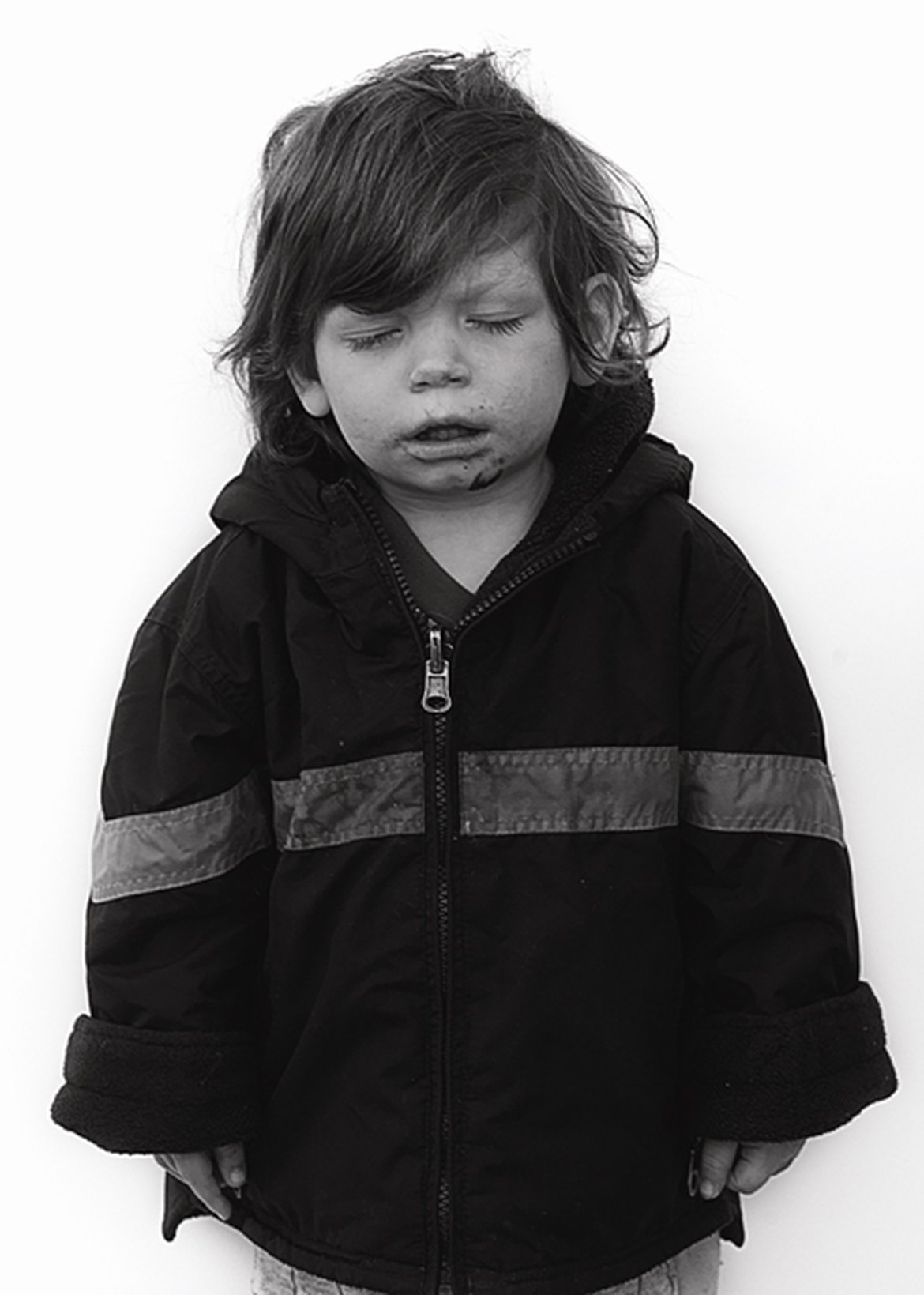 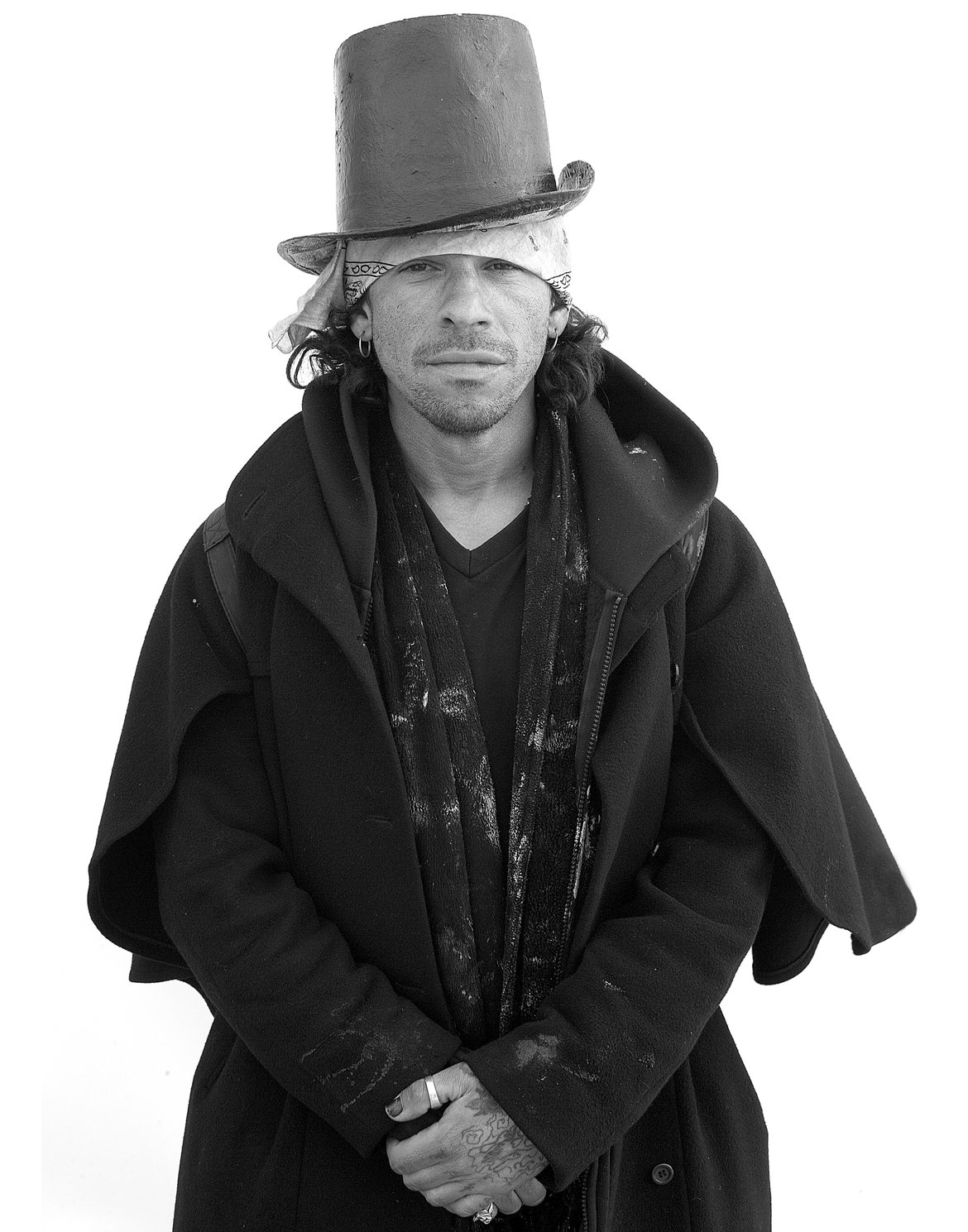 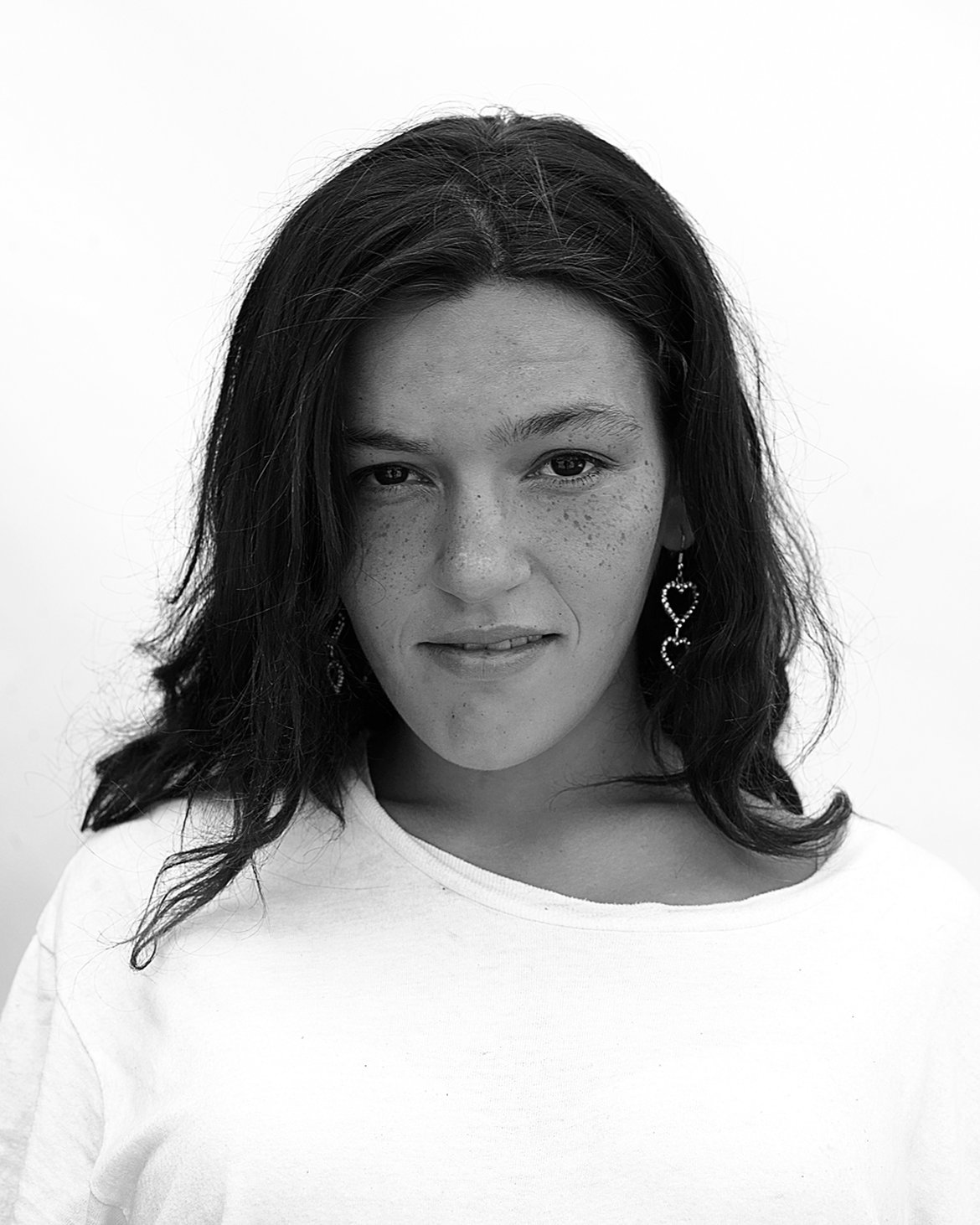 Empathy and compassion, not just hard numbers, were really important when it came to passing Prop HHH and Measure H over the last 12 months and securing the levels of funding needed to end homelessness in Los Angeles.

Raising the visibility of the issue, encouraging compassion, building awareness — there is a way we can effect this: giving people confidence. In this economy and with Trump as President, who would have thought we would pass both Prop HHH and Measure H. I think it's the diligent work of United Way, but also the long-term efforts to raise visibility and consciousness. We need a voice for those people and for those issues. United Way is that trusted voice.

Some of the most trusted voices among United Way supporters is within the Women United group. Why is that group so important?

Women United is a group of like-minded women who come together with a depth of passion and concern for the issues and learn about them. I'm in a lot of other groups. I'm in the Vistage group, a women presidents organization. I'm in a lot of groups where we come together and we talk about business issues and business policy, but rarely do we really talk about philanthropy.

It was nice to find a group of women who care about the community and don't want to just write a check, but want to learn about the issues. United Way is the best place to learn. They unite all the resources and they have a larger picture view. They also take the time to educate us so we can become advocates in our own spheres and our own streams.

How important is that educational aspect?

I became, as a result of Women United, more informed and articulate. At a party or at an event, I get bored talking about my business. I like to talk about issues that we have in Los Angeles and it's nice to be able to cite some statistics and talk about what United Way's doing.

I'm really proud to be a part of Women United. It's a nice group of women who share common spirit, but also like each other. Most of us are business people, so we come together with a bent toward action and impact, not just warm and fuzzy. I feel like I get to ask some of the tough questions, hold people accountable, look for benchmarks and results, and it's a nice way to get access to that information with a group that's friendly and cares.

What is your advice for other female leaders who want to make a difference in Los Angeles?

I think a lot of women want to be part of something bigger than themselves — particularly young people. So I think reaching out to them and letting them know there's a way they can have access to the issues and understand them and be attached to a larger cause is great.

You’ve been a big advocate for policy and systems changes through your work with Home For Good. Why have you been such a big supporter of finding homes for the homeless, as opposed to many people who simply try to move the homeless out of their neighborhood?

Every time I leave my office, I drive down to get on the freeway and there's someone with a sign and I feel terrible that I don't give them money. I live in Santa Monica, so when I walk with my five-year-old granddaughter on Main Street, there's a person sleeping next to the bar and around the corner and I have to explain that. We have this NIMBYism (Not In My Back Yard) that's a big issue as we build housing. We have to be the voices to say, "You know what, it's not so bad."

How important is it to speak out against NIMBY (Not In My Backyard) thinking?

If we can become a voice about that and if people respect us in our other areas, the response becomes, "Wow, if she thinks that, I've got to reconsider." Sometimes it's uncomfortable, but people need to hear it and they need to hear it from people they like, people they trust, so we can all become advocates.

Thank you for lending your voice to United Way! Any last thoughts on why you’ve remained so committed to United Way over the last 20 years?

United Way represents a united force and a united voice for fighting poverty. There's been so much splintering of messages and media. Being in that business, I see it regularly and I think there's an even greater need for a common voice — well thought, well directed, well considered, well researched — to try to move the ball forward.

I think a lot of people believe we need lots of small groups. I think those small groups serve a purpose, but they don't have a strong voice. They don't have the research. They haven't done the background work. They haven't built the credibility. United Way has all those factors and I think they are a needed component to be at the table when important decisions are made.

There needs to be a voice.

I think United Way is that voice.