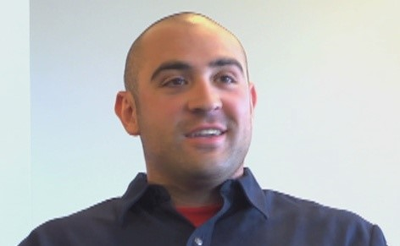 In some ways, Jorge Gonzalez’ story is all too common. With military drawdowns from Iraq and Afghanistan, tens of thousands of veterans have been returning home to find disappointment where they expected opportunity. The combination of a bad economy, tough job market, and the sheer number of returning veterans has made it difficult for many to find jobs -- creating a serious issue that is often overlooked.

That was the case for Jorge. His original goal of becoming a police officer didn’t pan out, and after that it was one closed door after another.

“I was really scratching my neck, not knowing where I was going to go,” he says. “The economy was bad, and so many vets were getting out [of the army].”

An impressive list of skills went largely unappreciated, because employers couldn’t – or wouldn’t – see how they could be applied. "I can control air traffic, ground traffic, radio, and all kinds of technology. I'm a pretty smart guy. I thought that counted for something."

He eventually began selling cars, but knew it wasn’t a long-term opportunity because it didn’t align with his personal strengths. But the job did end up changing his life because it was where he met a customer who’d applied for a training program through United Way.

“He let me know they were looking for vets,” he says. “I looked into it and went to one of their seminars. A few months later, I was in the 10-month program.”

United Way of Greater Los Angeles helped him get a temporary job training position at ConocoPhillips. And five months later he got a call from ExxonMobil that led to a permanent position.

“IT ANSWERED ALL MY PRAYERS, REALLY. EVER SINCE I’VE BEEN WORKING THERE, MY LIFE COMPLETELY CHANGED. I APPRECIATE THINGS A LOT MORE NOW, AND I’M EXTREMELY GRATEFUL FOR WHAT I HAVE.”

California is home to nearly 10 percent of the country's veteran population. And of the 35,000 veterans returning to the state, many are returning to L.A. County.

Over 5,600 of these young veterans are unemployed. And an additional 5,200 of them don’t have stable or full-time employment, putting them at risk for poverty or homelessness.

United Way is working hard to help veterans succeed – finding ways to help businesses bring veterans like Jorge back into the workplace.

"How successful they are depends largely on the systems we have in place to support them," says Elise Buik, United Way of Greater Los Angeles’ President and CEO. "The need for a coordinated response is urgent."

Last year alone, 4,200 adults – many of them veterans like Jorge – received new jobs or advanced their careers thanks to United Way programs. And we’ve only scratched the surface. We won’t stop until everyone has a job and can experience the kind of confidence and security that Jorge was able to regain.